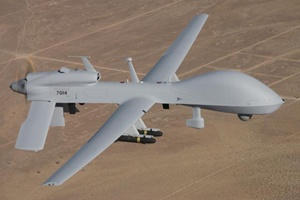 Differential thermal imaging, quantum cascade lasers and hyperspectral imaging should all be used to monitor natural gas pipelines, in a bid to prevent more incidents like the explosion and fire that devastated San Bruno earlier this month.

That’s according to Mundus Group, a company that specializes in unmanned aerial vehicles (UAVs) that it says could carry the required instrumentation to provide remote sensing of potentially leaky gas infrastructure in the US.

The Los Angeles company cites existing legislative and regulatory pressures to improve the safety and integrity of pipelines as a key reason to increase the extent of aerial pipeline monitoring that takes place. That pressure is likely to increase following the San Bruno incident:

According to the LA times blog site covering the disaster, eight people are now known to have been killed by the explosion and fire that ripped through the Bay Area suburb, close to San Franciso’s international airport, on September 9. The blog identifies the cause of the incident as a ruptured Pacific Gas & Electric (PG&E) pipeline, installed in 1956 and sited in an area that is well-known for its seismic activity.

Ageing infrastructure
With some 3.5 million kilometers of hydrocarbon-carrying pipes in the US, and much of that infrastructure in need of repair, Mundus is echoing concerns already voiced that the San Bruno disaster might not be an isolated one.

The company states that, while PG&E already carries out aerial inspection of its gas lines, the airplanes used to do this are not flown either low enough or often enough to provide a comprehensive level of inspection.

The company is proposing that its UAVs, which can carry a 22-pound payload, could be programmed with a GPS-based route to provide more frequent, low-altitude remote sensing of the pipelines to provide more effective inspection.

Photonic solutions
Among the specific suggestions made by Mundus are that its UAVs could carry differential thermal imagers to detect gas leaks from buried pipes, using a 320x240 pixel microbolometer camera sensitive in the mid- and long-wave infrared, at between 7.5 and 13 µm.

Mundus also suggests that hyperspectral imagers could be used to cover the shorter infrared wavelengths of up to 2.5 µm. If such imagers were too bulky for the UAV, more compact systems based on quantum cascade lasers (QCLs) could be used to detect very low levels of ethane and other gases, added the company.

Hyperspectral techniques are already widely deployed in oil and gas exploration, and so ought to be ideally suited to the task of detecting gas leaks. At the recent SPIE Remote Sensing conference and exhibition in Toulouse, France, the technique proved to be something of a hot topic.

Also exhibiting hyperspectral technology was the German company AIM Infrarot-Module, which is developing a new detector module for space-based applications, and the Latvian Institute for Environmental Solutions, which is conducting research flights to test airborne sensors for a wide variety of remote sensing technologies, including hyperspectral and thermal imaging.