Market analyst suggests that short supplies of active matrix OLEDs are limiting the technology's threat to LCDs in mobile handsets. 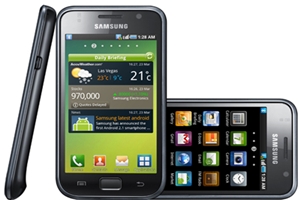 The supply of active-matrix organic LEDs (AMOLEDs) needs serious expansion for the display technology to move beyond its niche in high-end Korean smart phones.

That’s according to market analyst Vinita Jakhanwal at iSuppli, who believes that 20.4 million small-diameter AMOLED displays shipped in 2009.

That might sound like a large enough figure, but compared with the global handset market, which in 2009 totalled somewhere between 1.2 and 1.3 billion units, it pales into insignificance when compared with the incumbent LCD technology.

Despite the existence of only two AMOLED manufacturers at present, Jakhanwal has forecast a compound annual growth rate of 55% between now and 2014, expecting 185 million AMOLED displays to ship in 2014 – although even that figure will represent little more than 10% penetration of the handset market.

“At present, Samsung Mobile Displays and LG Displays represent the only sources for AOLED panels,” said the analyst. However, with the technology being heavily marketed by both LG and Samsung in their native Korea, as well as the new Galaxy-S smart phone featuring AMOLED technology, that is set to change:

“Taiwan-based AU Optronics and TPO Display are planning to introduce AMOLED products at the end of 2010 or early 2011, but neither company is chipping any significant quantities at this time.”

The key problem is the up-front cost of building a fab capable of volume AMOLED production at high manufacturing yields, explaining why only the two Korean electronics giants have gambled on the market thus far.

Samsung has made the most significant investment, with $2.2 billion allocated to ramp up production at its Gen 5.5 AMOLED fab by 2011. Likewise, LG has a Gen 4.5 fab on the way, but it AMOLED shipments are now capacity-limited.

While AMOLEDs certainly provide for an impressive handset display, in a market where product differentiation is paramount, at this stage it remains unclear whether or not the technology will progress beyond its high-end niche.