Restructuring efforts at the UK-based sensor manufacturer e2v are having a positive impact, with the company close to completing a full strategic review.

The result of that review will be made clear in July, but with refinancing already completed and an improved order book thanks to strengthening demand from industrial markets, the future looks bright. 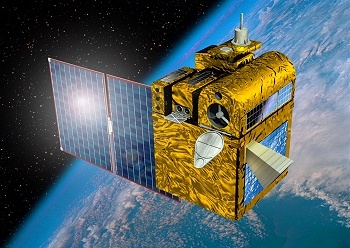 Having raised £52 million ($77 million) through a rights issue in December 2009, e2v has significantly reduced its net borrowing, from nearly £140 million to £45 million. With operating costs already reduced through initial restructuring efforts, the company posted an operating profit of £15 million in FY 2010, despite a sharp drop in sales.

Encouragingly, e2v’s order book for deliveries in the coming year now stands at £132 million – significantly higher than the figure of £104 million reported in June 2009.

The company attributes the improved picture largely to recovering industrial markets and growth in the space sector, although reduced spending on defense applications remains a difficulty.

In the space sector, e2v recently saw some of its CCD imaging sensors launched on board the Picard microsatellite.

The detectors, which operate across visible wavelengths and extend into the near-UV and near-IR regions, are being used as part of a multi-year mission to study the Sun and its impact on the Earth’s climate.

The Picard microsatellite is equipped with several instruments, including a whole-Sun imaging telescope, which incorporates an e2v CCD procured and integrated by CNES.

Alain Bardoux, Head of Detection Chain Department at CNES, said: "Thanks to the high photo response achieved via back-thinned technology and the e2v sensors very low dark current, it is possible to meet the very demanding signal to noise requirement for the Picard mission."

Jon Kemp, Marketing & Applications Manager within e2v’s Imaging division, added: "e2v is delighted to again supply high quality image sensors to CNES. The Picard mission will play an important role in understanding our Sun and how its activity impacts our lives on Earth."