Planet Labs goes into the infrared with hyperspectral offering 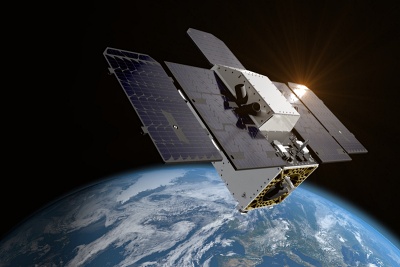 Planet Labs, the commercial provider of satellite imagery, is aiming to launch the first two elements of a new hyperspectral constellation next year.

The firm’s “Tanager” satellites, named after a family of brightly colored birds, will be designed to deliver hyperspectral data at a resolution of 30 meters, across more than 400 spectral bands, each 5 nm wide.

Launched in collaboration with the Carbon Mapper Coalition, the satellites will be placed into a sun-synchronous orbit, from where they will be able to identify emissions of methane and carbon dioxide gas from their spectral signatures.

JPL hardware
Based on hardware pioneered at NASA’s Jet Propulsion Laboratory (JPL), the Planet Labs constellation will also be able to provide customers with data for dozens of other environmental applications.

“This hyperspectral offering is designed to help organizations understand changes on land and at sea, from coastal zones to forests to urban areas and more,” stated the San Francisco firm.

Likely to find commercial users working in agriculture, defense and intelligence, energy, civil government, and mining, the Carbon Mapper initiative originated from a need to use high-quality hyperspectral data to locate methane point source emitters at the facility scale, to assist with mitigation efforts.

“As part of the coalition, Planet remains committed to the public benefit mission of pinpointing, quantifying and tracking point-source methane and CO2 emissions, while also leveraging the technology’s other applications made possible with hyperspectral data to deliver additional value to its customers,” says Planet Labs.

Methane ‘super-emitters’
According to a recent study conducted by Carbon Mapper in collaboration with the University of Arizona, JPL, Arizona State University, and the Environmental Defense Fund (EDF), so-called “super-emitter” events accounted for 40 per cent of total methane emissions seen over five oil and gas extraction regions in the US.

That approach is able to pinpoint methane sources to within 15 feet while flying at 18,000 feet, reported the researchers. Combined with data from JPL’s Airborne Visible/Infrared Imaging Spectrometer (AVIRIS-NG), they were able to attribute emissions to oil and gas production, wet manure management from animal feedlots, large landfills, and coal mine venting.

The intermittency of those methane sources was then assessed by sampling each area several times, in some cases over months to years, before being compared with total basin methane derived from data provided by the European Space Agency’s Sentinel-5P satellite.

Part of the Copernicus constellation, Sentinel-5P carries a multispectral imager that previously identified a giant methane blowout from a damaged ExxonMobil gas well in Ohio that released 50 kilotons of the gas over the course of three weeks.

Daniel Cusworth, a project scientist with Carbon Mapper and lead author of a Proceedings of the National Academies of Science (PNAS) paper detailing the recent airborne study, commented: 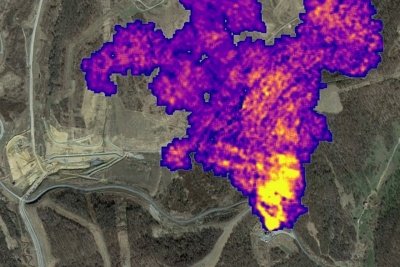 “This study exposes the diversity of methane emission distributions both spatially and by sector across the US, offering a glimpse into the improved methane detection we can expect in the coming years thanks to the deployment of new satellites.

Planet Labs is not alone in looking to spot methane emissions from space. The non-profit MethaneSAT organization is due to see its Ball Aerospace-built payload launched on board a SpaceX rocket in early October.

Although not as well known as carbon dioxide gas in terms of its contribution to climate change, methane is a particularly potent greenhouse gas.

“Detecting even low emission levels is critical, because it is estimated that roughly half of the methane being emitted from oil and gas infrastructure comes from smaller sources, which are largely unidentified,” says EDF.