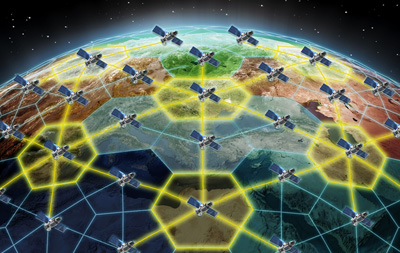 Hot on the heels of II-VI announcing its rebranding to Coherent, after July’s successful completion of II-VI’s acquisition of Coherent, the newly-merged firm has announced a significant contract with the U.S. Defense Advanced Research Projects Agency (DARPA), as well as the launch of a new communications laser.

Coherent’s DARPA contract is for the development of coherent optical transceiver technology for the agency’s Space-Based Adaptive Communications Node (Space-BACN) program. The terms and value of the contract were not disclosed.

The aim of Space-BACN is to develop low-cost, high-speed, reconfigurable, laser-based data links that will enable communications between various government and private-sector low-Earth-orbit (LEO) satellite constellations.

Coherent is specifically tasked with designing and fabricating coherent optical transceivers for a reconfigurable modem compatible with most existing single-wavelength communications protocols and able to readily adapt to work with new waveforms as they are introduced. The goal is to support multiple optical waveforms at total data rates of up to 100 Gbps on a single wavelength, while simultaneously meeting stringent size, weight, power, and cost (SWaP-C) constraints. 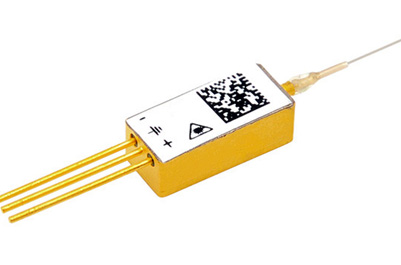 The company this week stated, “growing demand for broadband services is bringing fiber-optic networks closer to subscribers, with environmentally hardened equipment deployed in uncontrolled ambient environments where space is constrained and the availability of power is strictly limited.”

The I-Temp micro-pumps maintain a steady output power of 400 mW with less than 2 W of power consumption and remain optimally wavelength-locked with a fiber Bragg grating, without the need for an internal cooler. They are available with 80 μm PM980 polarization-maintaining fibers and 125 μm HI 1060 bend-insensitive single-mode fibers. The firm will be exhibiting the new lasers at ECOC 2022, in Basel, Switzerland, between September 19-21, on booth #1.