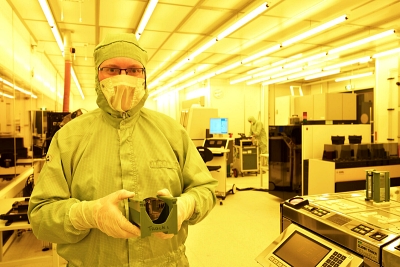 The “PhotonDelta” group of companies and university research groups, which is pioneering the development of photonic integrated circuits (PICs) in the Netherlands, says it is set to receive €1.1 billion to transform it into a leading location for the technology.

Largely provided by the country’s Ministry of Economic Affairs and Climate Policy, the investment remains subject to certain conditions - including agreement of a foundry partnership and ongoing evaluations - but is expected to support 200 startup companies, scale up PIC production, and create new applications.

PhotonDelta announced that the investment includes €470 million funding obtained via the National Growth Fund - part of the Netherlands government’s wider €5 billion spending plan for technology development - with the remainder to be provided by partners and stakeholders.

“It is part of the Dutch Government’s national plan to cement and expand the country’s position as a world leader in integrated photonics,” said the organization.

2030 targets
The development program is earmarked to run for six years, providing PhotonDelta and its partners with the money to further invest in photonic startups and scale-up firms, expand production and research facilities, attract and train talent, drive adoption, and develop a “world-class design library”.

“By 2030, PhotonDelta aims to have created an ecosystem with hundreds of companies, serving customers worldwide and a wafer production capacity of 100,000-plus per year,” it added.

PICs are seen by the innovation partnership as the natural successor to conventional semiconductor chips, but capable of creating devices that are substantially faster, cheaper to produce, and more energy-efficient.

“Development of photonic tech will tackle societal challenges such as sustainability, create a new European industry, and open the door to a huge range of new applications including quantum computing,” added the consortium, which currently comprises 26 companies, 11 technology partners, and 12 research and development partners.

Among those partners are key equipment providers ASML and Aixtron, while R&D affiliates include the likes of imec, TU Eindhoven, and the University of Twente.

Full supply chain
Ewit Roos, PhotonDelta’s CEO, said: “This investment is a game-changer. It will make the Netherlands the home of the next generation of semiconductors, which will have a profound impact on the whole European tech industry.

“The ongoing chip shortage highlights the pressing need for Europe to create its own production capabilities for strategic technologies.

“We will now be able to support hundreds of startups, researchers, producers and innovators to boost this industry that will be as impactful as the introduction of microelectronics a few decades ago.”

Roos added that the Netherlands is regarded as a pioneer in the development of PIC technology, and that thanks to previous government support PhotonDelta has overseen the creation of a full supply chain that is globally recognized as a “hot-spot” for photonic integration.

“Photonic chips are one of the most important technological breakthroughs of the last decade,” the CEO added. “Not only do they allow for the creation of devices that are faster, cheaper, more powerful and greener - they also enable radical new innovations like affordable point-of-care diagnostics or quantum computing to become a reality.”