IPG continues production in Russia as contingency plans kick in 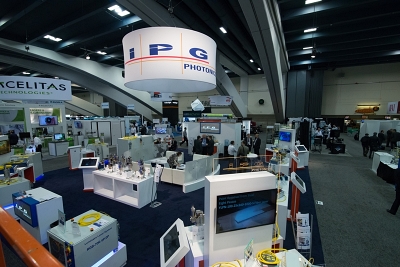 IPG Photonics says that its operations in Russia are continuing, although it is now taking steps to minimize disruption as a result of the widespread sanctions being imposed on the country following the invasion of Ukraine - including qualification of third-party suppliers.

The fiber laser firm, founded in Russia in 1991 by Valentin Gapontsev, is headquartered in Oxford, Massachusetts, and listed on the Nasdaq exchange but still employs nearly 2000 people in Russia, mostly at its large-scale facility in Fryazino, near Moscow.

Following the update, which also saw the company withdraw the 2022 sales guidance figure issued just a couple of weeks ago, IPG’s stock price dropped in value by around 10 per cent.

Critical components
According to IPG’s recent annual report filed with the US Securities & Exchange Commission (SEC), its Russian activity provides critical components and test equipment to IPG’s US and German operations, sells finished lasers to customers in Russia, and also supplies the firm’s Chinese subsidiary with a portion of the finished lasers sold to customers in China.

Those Russian operations are also dependent upon the supply of critical components from IPG’s US and German operations, with which it makes finished lasers.

In addition, IPG has a large site in the Belarus capital Minsk, where it produces cabinets and mechanical sub-components. It does not have any operations in Ukraine.

“Sanctions will increase lead times and shipping costs for components and lasers to and from IPG's Russian operations,” IPG announced. “As part of contingency planning, IPG has already built several months of critical inventory in Russia to support sales.”

The company added that it was currently able to ship optical and other components to IPG affiliates from Russia, but warned:

“In the event that sanctions or other developments resulting from the ongoing Russia-Ukraine war substantially limit IPG's ability to export optical or other components to or from Russia, [company] sales may be materially impacted.”

Third-party qualification
Contingency plans now being put into action include increasing manufacturing capacity and inventories of critical components in Germany and the US, and qualifying third-party suppliers to reduce reliance on its Russian operations.

IPG’s executive team believes that the firm can start to reduce the reliance on components sourced from Russia “within a few months” and substantially reduce the risk related to sourcing these components from Russia in 6-9 months.

“Sanctions could also target Russian banks and the banking system. In response to this uncertainty, we are developing contingency plans to mitigate possible disruptions, including increasing local inventory levels of key imported components and increasing production at other locations.”

Although IPG currently holds less than 1 per cent of its total current cash in Russia, and points out that its Russian operations are self-funding, it will also look to preserve cash by suspending capital investment at the Russian facilities - other than for maintenance and minor spending.

As a result of the rapidly evolving uncertainty, IPG also withdrew its recently issued annual sales guidance for 2022. Last month the company’s CEO Eugene Scherbakov - who succeeded Gapontsev in May 2021 - had predicted sales growth of 3-6 per cent on the record-breaking total of $1.46 billion posted in 2021.

• Alongside a downgrade notice from an investment analysts at Needham & Company, IPG’s update prompted a 10 per cent drop in the value of its stock price in early trading on March 3.

It means that the stock has now lost around half of its value since this time last year, its lowest valuation since the early days of the Covid-19 pandemic.