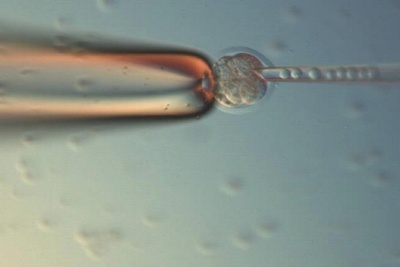 Cell biology research, particularly studies of stem cells and fertility treatments, is a numbers game. Laboratories must create, analyze, modify or discard cell cultures containing perhaps millions of cells as efficiently as possible, to avoid bottlenecks in the workflow.

Lasers could have a major role to play, and the use of laboratory-scale sources in cell research programs is set to expand dramatically, according to Hamilton Thorne. The Beverly, Massachusetts, supplier of laser instruments for regenerative medicine and fertility studies believes it has found the best way to put laser tools into the hands of researchers in a practical and economic manner.

"Some lasers are already used in fertility studies, but usually in ways which reduce the fluorescence capabilities of the microscope systems involved," says Meg Spencer, CEO of Hamilton Thorne. "Lasers have also been applied in the stem cell field, but the size and expense of the lasers involved have inhibited their penetration. We have taken an entirely different approach, by miniaturizing the laser system and mounting it directly inside a 20x or 40x microscope objective. No other company has done this, to our knowledge."

Ablation and creation
The Hamilton Thorne sources emit at wavelengths around 1460 nm, with slight variations depending on the exact nature of the application. This infrared wavelength is strongly absorbed by the water present in the cell's structural features, allowing the laser to selectively ablate unwanted cells or rapidly score cell cultures to demarcate areas of interest, a key step in practical laboratory work.

Other uses can be more subtle. The chances of a successful IVF procedure are known to be improved by the selective and precisely controlled removal of the zona pellucida, a membrane surrounding an immature egg cell, and a laser is an efficient means to create these localized holes. Similarly, researchers wishing to inject stem cells into early eight-cell embryos can use a laser to allow localized access with minimal damage.

"In effect, the laser carries out miniature robotic microsurgery on cells," is how Spencer describes it. "That basic operation opens up all sorts of applications in cloning, nuclear transfer, ablation, fertility ablation and pre-implantation, which can all be carried out with the same basic laser system." 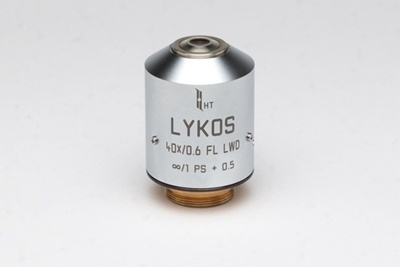 This versatility is expected to equate to a substantial potential market for lasers in advanced cell biology, which Hamilton Thorne believes will become a billion-dollar opportunity within five years - with the stem cell sector likely to be a major growth engine.

Small is beautiful
"The laser systems previously used in stem cell studies have tended to be large, expensive, and shared between teams of researchers," notes Spencer. "The economics of this field is now driving researchers towards the use of multiple smaller laser systems housed within their own facilities, both to reduce the expense and to avoid any risk of contamination. Our laser systems bring that goal within their reach."

The Hamilton Thorne microscope objectives and their incorporated laser sources can be screwed into the turret of most standard inverted or upright microscopes. An additional visible beam indicates the target location to the researcher, and they can bring the laser to bear almost as easily as they would change magnification.

Miniaturization has involved some careful emitter design, according to CTO Diarmaid Douglas-Hamilton. "We are free to select almost any diode that suits our basic requirements, but then we make certain changes to the way the source operates to ensure the output parameters match our needs," he says.

"The power output and pulse length are easily controlled by the user within limits that keep the laser system qualified as a Class 1 device. Typical pulse duration is less than 600 µs, with a maximum energy per pulse of below 180 µJ. The spot size ranges from 3 to 4 µm."

The laser’s alignment is locked to the optical axis of the objective during manufacture, once the optimum translational and angular alignments are achieved and the beam quality is satisfactory – meaning that no further adjustment by the user is required. 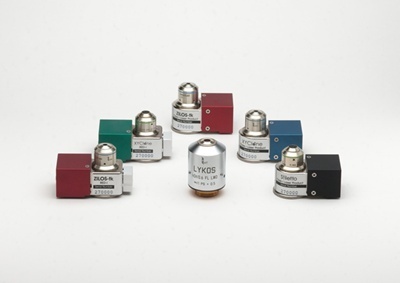 Looking to public markets
Originally founded in 2001, Hamilton Thorne went public in 2009 after spinning off its molecular diagnostics unit to Thorne Diagnostics the previous year. It is quoted on Toronto's TSX Venture exchange, a public venture capital marketplace for emerging companies.

The firm recently announced that total sales increased by 22% year-on-year to $1.4 million for the first quarter of 2011. Nonetheless, that quarter also showed a net loss of $746,000, widening 31% over the same period of the previous year, and the company has historically incurred losses associated with the development of its products.

"Earlier losses related to our development of a molecular biology technology which is now nearing commercialization and has been spun off into a separate entity," explained Spencer. "The current losses are part of the corporate development plan to scale sales and marketing and expand infrastructure to support continued growth.”

That expansion plan comes off the back of a $1.25 million debentures issue in the second half of 2010, which the company says was designed to accelerate the development of new products.

But more investment is needed, and the next step for Hamilton Thorne is a return to public markets, Spencer says: “The company has major institutional and angel investors who remain extremely supportive, placing the company in a comfortable financial position. However, we do plan a significant raise on the public markets within the next year."