What’s in a name? When the merger between Avanex and Bookham was completed in 2009, the result was “Oclaro” – intended to reflect a combination of the words “optical” and “clarity”.

Whether or not many in the photonics industry grasped that subtlety is anything but clear, but the thinking behind the new name was straightforward enough – CEO Alain Couder wanted to shake off the troubled past of both companies, and build one that didn’t just have a new name, but a new identity and a new attitude.

That was always going to be easier said than done. After all, Oclaro had to represent an amalgam of some 15 companies, ranging from established operations like New Focus to bold new start-ups such as Avalon Photonics. 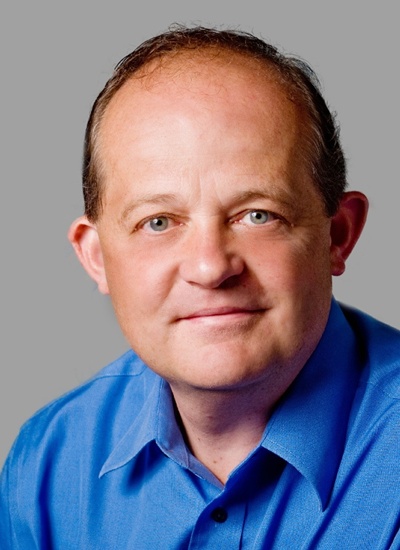 But, nearly two years on, that re-brand is looking like a success. The merger with Avanex was one among many instigated by Bookham, but this was the one that provided the key ingredient of critical mass for the company’s chip fabrication facilities, and enough internal demand for those fabs to operate at a much higher capacity utilization than before. Crucially, it also catapulted the company into the top bracket of suppliers in optical communications, changing perceptions among the leading optical network builders.

“The way that we interacted with customers completely changed - and that really should not be underestimated,” Yves LeMaitre, Oclaro’s executive VP of strategy and corporate development, told optics.org at the Photonics West trade show in January. “By combining the two we were suddenly on the same level as JDSU and Finisar.”

LeMaitre, who joined Bookham from Avanex about a year before that crucial merger, credits CEO Couder with forcing through the deal after a prior attempt had failed. And the results are clear to see. Coupled with a steady level of demand for adding network capacity over the past couple of years, the critical mass has been reflected in Oclaro’s finances – with much-improved gross margins, it reported a net profit in early 2010 and then raised $77 million in a public offering of stock.

Targeting non-telecoms
But despite that success there is still a slight image problem. Oclaro has a large amount of expertise and manufacturing capacity dedicated to non-telecom applications, but the company is still perceived primarily as a “comms” supplier. It’s something that LeMaitre and his colleagues have thought hard about:

“At the time of the [Avanex] merger we asked ourselves, ‘do we really try to develop a non-telecom photonics business?’ We did not want diversification for the sake of it - we wanted that business to be financially more accretive than the telecom business, and we wanted to leverage the infrastructure that we had in place, and not just as a fab-filler,” LeMaitre said.

“Because of the investment in those fabs, we had developed interesting new designs and processes – so this would help us create a sustainable differentiator.” That chip-level expertise is the critical point, as far as LeMaitre is concerned:

“If you enter a market, but it is not really your core market, and you don’t have a sustainable differentiator, then it’s very difficult to win,” he explained. “So we decided to focus on diodes for consumer applications, and high-power diodes for industrial and medical applications. And we said let’s try to win in those markets and become the leading supplier.”

With that strategy in place, Oclaro’s first step was to divest its New Focus division, which didn’t fit the new agenda. Though a solid business, New Focus had always stuck out as something of an oddity within the Bookham portfolio, and one key reason behind the original acquisition of the company in 2003 was the $105 million in cash on its balance sheet – something that Bookham was in serious need of back in the post-bubble crash period.

“We felt that we don’t have a strong differentiator there,” said LeMaitre. “On the other hand, everything related to the III-V chip was something that we knew we did well, where we have the core expertise, the volume, the right processes and infrastructure – so we should be able to win in that market if we are serious about it.”

Strategic asset
And so, in return for New Focus, Oclaro gained another strategic asset to add to its chip-level expertise and critical mass: the laser diode operations of the Newport subsidiary Spectra-Physics.

There was also a complementary aspect to that deal. Historically, the strength of Bookham was in 9xx nm high-power lasers, made at its fab in Zurich, where it had leveraged the technology first developed for 980 nm pumps and erbium-doped fiber amplifiers (EDFAs). On the other hand, the Spectra-Physics division had been embedded much more in the business of diode-pumped solid-state lasers, and therefore specialized in 8xx nm wavelengths for pumping neodymium, as well as medical applications. A lot of those lasers are used in cosmetic direct-diode laser treatments, such as skin rejuvenation and hair removal.

“The big challenge was to integrate the two fabs, which we completed recently,” LeMaitre said, adding: “We were a little bit caught by surprise because the market recovered very fast [in 2010].” That market recovery, at a time when processes were being transferred and new qualifications required, put lots of pressure on the combined operation, but LeMaitre says that the outcome has been hugely positive:

“It was pretty tense for a while, but we came out of it OK and it’s a great business for us. We are able to leverage the fab, and the processes, to provide higher-performance, and better delivery than was possible in Tucson, where they were sub-scale in terms of investment. They didn’t have the critical mass to justify the major investment that was required.” 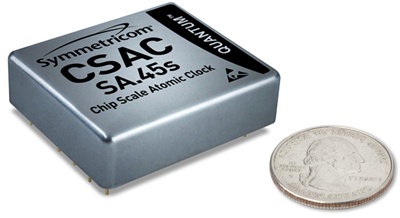 Consumer market apps
On the consumer side, one of the major successes for Oclaro has been the phenomenal uptake of laser-based finger navigation devices in smart phone handsets. Essentially an upside-down version of the design used in a PC mouse, this application has driven serious volumes through Oclaro’s chip fabs, with the company announcing in January 2011 that it had shipped 100 million VCSELs from its Zurich fab in just three years.

Though a commoditized product, commanding a price in the region of only 25 cents, the finger navigation business is still useful, because the stringent performance requirements needed for telecom applications are far more relaxed when it comes to a handset with an expected useful lifetime of only a few years. That means Oclaro can produce devices with the necessary specifications with a lower-cost process, high yields and meet the very low price requirements.

Following the success of finger navigation, LeMaitre is excited by the emergence of a new consumer application – gesture recognition. Or, as he prefers, ‘3D sensing’. “No matter what you call it, this market – the illumination of your body using a laser and the recognition of patterns– is not a market that will be limited to a few games,” he predicted. “It will be a very important market. We think that it is going to grow very fast, with requirements for many different types of lasers.”

Despite the large demand for VCSELs in particular, non-telecom applications still only account for about 15% of Oclaro’s revenues. And although there is strong potential with 3D sensing and future applications like Intel’s LightPeak (Oclaro is a named supplier), those are going to generate relatively small margins. One of LeMaitre’s main jobs is to increase that 15% figure, and to help Oclaro ride out future ‘down’ cycles in telecom.

Structural change
CEO Couder has also instigated structural changes to back up the clearer strategy. In January, he and his executive team cut the number of Oclaro business divisions from five to just two, streamlining the organization.

Those two units are known as “photonic components” and “optical network solutions”, and largely reflect the division between non-telecom and telecom markets respectively. Former COO Jim Haynes is leading the photonic components division, which includes all of Oclaro’s laser diode manufacturing sites.

At Photonics West, all of the company’s announcements highlighted that diversification strategy: high-performance 808 nm diodes; 1470 nm single-emitters for laser-based cosmetics; and VCSELs for the emerging market of miniature atomic clocks.

Over the course of the past decade, the operation formerly known as Bookham Technology has perhaps endured more transformations than any other company in the photonics business.

Nearly eleven years ago, it was briefly the darling of the London Stock Exchange, raising £200 million through its IPO. Since then, a lot of water has passed under the bridge, with a few people making a lot of money, many more getting burnt, and no shortage of acrimony, legal action and about-turns.

But that company, much like the silicon-based "application-specific optical circuit" technology on which it originally founded, is long gone. At its heart now are some world-leading laser diode fabs, including one transported across the Atlantic to the middle of the English countryside, and long-standing expertise from Tucson and Zurich, upon which the company is now basing its diversification strategy.

Bearing in mind the twists and turns of the past decade, any predictions for the next ten years would seem foolish. But it appears that the amalgam of companies that became Oclaro does now have the clarity of vision that its name was designed to express.