The German company returns wages to pre-crisis levels and predicts that the market for laser materials processing systems will grow 25% in 2010. 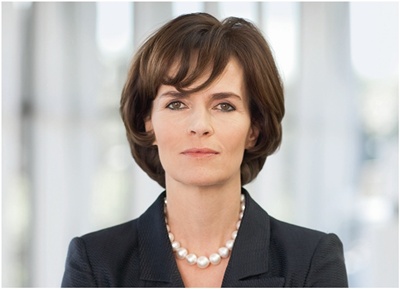 Industrial laser system vendor Trumpf is so confident about its recovery from the 2009 slump that it has already decided to pay its workers a full Christmas bonus.

The company announced the decision along with plans to return wages back to pre-crisis levels and an expansion of its Chinese production site, despite the revelation that it made a loss of €59 million in the financial year ended June 30, 2010, after posting its lowest total sales since 2003-2004.

Since July, Trumpf has ended most of the short-time working conditions that had been put into effect during the global downturn. In a creative and impressive show of unity between the owners, managers and workers, the company says that it has now emerged from the slump without having to impose any lay-offs.

During the crisis, employees at Trumpf's main German sites declared their readiness to accept cuts in work hours, along with corresponding wage cuts. In return, Trumpf guaranteed those workers employment until 2011 and all wages will now return to normal by January.

Nicola Leibinger-Kammüller, who chairs the family-run business (the Leibinger family, which includes Peter Leibinger, head of the laser technology division, owns 96 per cent of Trumpf), said: “We are grateful to our employees for helping us to keep our costs under control during difficult times. Now that things are on the upswing, our people should be able to share in the improved situation.”

Confident
Having put the economic crisis firmly behind it, Trumpf is confident that sales will grow by more than 20 per cent in its current fiscal year, which would return the company towards pre-crisis levels. As revealed by optics.org last week, the company is witnessing a strong rebound in orders, in particular for laser equipment. “Compared to the corresponding months from last year, we see double-digit increases – and we see no sign that this won’t continue in the coming months,” said Leibinger-Kammüller.

Not all of Trumpf’s products are based on lasers – the company also has machine tool and medical divisions – and laser revenues appear to have fared much better than other parts of the business. Laser technology sales fell 8 per cent year-on-year, from €421 million to €387.4 million. Meanwhile, sales of machine tools and power tools – which includes some laser cutting and welding systems – dropped more than 21 per cent to just over €1 billion.

The downturn itself was largely confined to just half of the company’s fiscal year – with the recovery beginning to take hold from early 2010 onwards. Trumpf’s response to the slump, writes Leibinger-Kammüller in the company’s newly published annual report, was to invest and innovate, rather than cut: “In spite of the crisis, we hired new engineers and offered our employees intensive training and continuing education opportunities,” she said. “We have continued to focus our efforts on research and development because we know that this is the only way to maintain and expand our technological and competitive advantage.”

Market figures
Given that the world market for laser material processing systems crashed 41 per cent to €3.8 billion in 2009 (source: Trumpf), the company has emerged relatively unscathed. Of that total, €2.9 billion resulted from so-called “macro” applications – cutting, welding and marking – with the remainder attributable to “micro” applications, largely relating to electronics manufacturing. 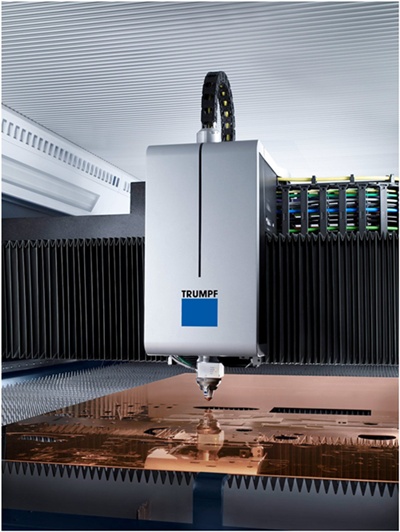 Overall, Trumpf expects the laser materials processing system market to grow by 25 per cent in 2010, and reach close to €5 billion. That will be largely a result of a strong recovery in Asia, Trumpf says.

Part of the ongoing investment during the downturn saw completion of Trumpf’s new laser technology and application center in Ditzingen, Germany, as well as a comprehensive management restructure within the laser division. In addition to that, the company says that it was crucial to maintain substantial investment in laser-related research and development throughout the economic crisis, because of the ongoing advances in laser technologies.

“Companies are investing in new lasers and laser systems to gain the upper hand over their competitors,” claims Trumpf. “For example, solid-state lasers are being increasingly used in cutting machines, or ultrashort-pulsed lasers for processing new materials. The laser is gaining momentum due to megatrends like photovoltaics, electro-mobility and mass production of lightweight construction [materials].”

One of Trumpf’s new products combines technology new and old in a combination machine. In the TruMatic 3000 Fiber, a fiber-directed solid-state disk laser connects a punching and cutting machine to a TruLaser Robot 5020, thus also allowing laser welding.

Demand for disk lasers is said by Trumpf to be a particularly strong at the moment, while manufacturers in the semiconductor and solar industries are showing great interest in the company’s ultrashort-pulsed TruMicro lasers.