Costly manufacturing has held back the roll-out of OLED TVs and constrained supply for handset displays, discovers Andy Extance. 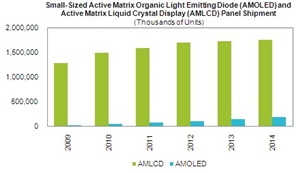 In the same year, yet comparatively unnoticed, Samsung launched its first cellphone handset with an OLED display. The stage was seemingly set for rapid growth of OLED products, but if you were asked at the time which of these developments would be most significant three years later, you might have been surprised when you found out the answer.

Today there has seemingly been no commercial advance in the OLED TV market. Sony even withdrew the XEL-1 from its backyard Japanese market earlier this year, although sales in the rest of the world continue unaffected. Sony spokesperson Daichi Yamafuji explained that this is because the company was not prepared to introduce a content filter to comply with Japan's “Juvenile Internet Restriction Law”:

“We have decided not to follow this regulation with this product by a design modification, but discontinue its manufacturing for the Japanese market as of January 31st, 2010,” he explained.

But market analyst Vinita Jakhanwal of iSuppli hints at some other reasons why Sony may not have pursued a modification. “Cost of manufacturing AMOLED TV panels is very high compared to similar sized LCDs,” Jakhanwal said. “The biggest challenge with OLED right now is scaling to larger sizes.” Today, the largest AMOLED production lines are “Gen 4.5 fabs”, she pointed out. In display manufacturing, the generation refers to the size of the “mother glass” sheet that the fabrication equipment is designed for. Generation 4.5 equipment can process 730 mm x 920 mm glass sheets. 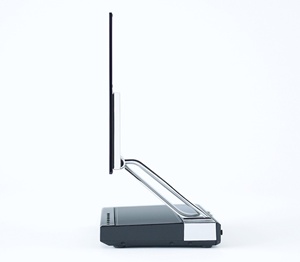 “You have to set up a line that can process an LTPS LCD and then put in additional equipment that deposits the OLED material and then processes the OLED part of the display,” Jakhanwal explained. “The costs are still high, as the amount of OLED material that's lost really scales up with size.”

But while growth in the TV market is partly reliant on increasing screen sizes, in handsets small, high-performance displays are highly desirable, especially for smartphones. Therefore, from its modest beginnings in OLED handsets three years ago, Samsung Electronics has expanded its use of active matrix OLED (AMOLED) displays made by its sister company Samsung Mobile Display (SMD).

This partnership has been vital to ensure the continued progress of OLEDs versus the incumbent technology, Jakhanwal noted. “LCDs look good, the prices are low, and there is an abundance of capacity available to make those displays,” she said. “Unless and until you have a device maker like Samsung who is committed to pushing AMOLEDs and taking this technology to market, putting the dollars behind that, then it's going to be extremely difficult for a new technology to break ground.”

Samsung is now taking full advantage of its investment. As well as offering impressive images, because OLEDs are self-emissive rather than needing a backlight like LCDs, they can provide a way to miniaturize handsets even further. This is well exploited in the “stack” – the pile of components – used in Samsung's Super AMOLED technology, Jakhanwal said.

“We've seen the iPhone stack, we've seen all the other stacks, and if you're looking for a lighter, thinner, handset with a touchscreen, the “Super AMOLED” really takes it a notch above what you will see in anything else,” she said. “They are using one of the encapsulation glass layers of the OLED itself as the touch glass, doing away with a layer, so it makes it a lot thinner.”

Rare commodity
Advantages like this slim profile make OLED displays desirable to smartphone manufacturers seeking to differentiate their products from the competition. However, in July the Taiwanese handset maker HTC announced that it would convert its Nexus One and Desire models that had previously used AMOLED displays back to LCD. The reason? OLEDs became so popular that handset producers could not keep up with demand, creating a shortage.

Jakhanwal emphasised that smartphone shipments have seen a “significant jump” from 2008 to 2010 that, combined with the increasing popularity of OLEDs within the market, has taken display suppliers by surprise. “If there were other companies out there, not only Samsung making OLEDs at good yields and at relatively OK cost, then we wouldn't have felt this shortage,” she said.

Consequently, Taiwanese display makers AU Optronics and TPO Display have announced that they will introduce AMOLED products around the end of this year. SMD is now investing $2.2 billion to expand OLED output, including setting up a Gen 5.5 fab. LG Display, the only other existing major manufacturer of AMOLED panels, is starting an additional Gen 4.5 fab, but Jakhanwal is concerned that this will not ease the OLED squeeze. “LG Display is seeing so much demand pull for LTPS LCDs from Apple, so I don't know how much of that fab they will actually use for AMOLED,” said the analyst. 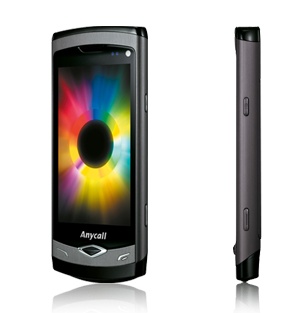 One of the major hurdles that has prevented companies establishing more AMOLED production lines is the large investment that they demand. However, this is being addressed by a number of companies bringing lower-cost printing technology to the market, with Dupont reportedly set to establish an industrial installation using such techniques imminently.

“They are very close to striking manufacturing deals with companies so that they can start printing OLEDs,” Jakhanwal said. This may enable larger displays, but Jakhanwal indicates that, for the foreseeable future, handsets will remains the dominant OLED market. Small-sized OLED display shipments will grow from 20.4 million units in 2009 to 184.5 million units by 2014, which would represent a 10 percent penetration of the mobile phone market.

Despite the absence of any significant OLED TV market for the foreseeable future, Sony continues to be optimistic about the prospects for larger displays, underlining that PC monitors are another area of focus. “The development of OLED panels is making a steady progress,” the company's Daichi Yamafuji said. “We are investigating applications in various areas, not only TV, where we can deliver new lifestyle ideas and applications that make full use of its unique characteristics such as slimness, superb picture quality and lightness.”