Is the worst truly over for the optics industry? Jacqueline Hewett asks Tom Hausken from market analyst Strategies Unlimited for his assessment. 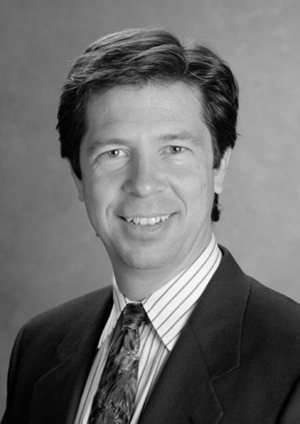 It's hard to escape the positive vibe that is currently circulating within the optics industry. As well as publishing record results in quarter one, many of the industry's big hitters have also published encouraging growth forecasts for fiscal 2010 as a whole. But is the worst truly over for the optics industry or are things still finely balanced as the global economy shows its first seeds of growth?

Jacqueline Hewett: With the benefit of hindsight, when did the downturn begin and was the optics industry always at the mercy of the global economic downturn?

Tom Hausken: This is one recession that is not the fault of the optics industry. Some sectors started turning down in 2007 and early 2008: semiconductor tools and cosmetic medical systems, for example.

There were warning signs. People forget, but there was talk of the housing mortgage crisis for quite a while before the crash. It certainly wasn't out of the blue. But to be fair, there really was no way to see the extent or the timing of a recession like this. There were too many variables.

The optics industry serves many sectors: semiconductors, automotive, medicine, etc. Because the downturn was general and global, it was hard to escape it. What the optics industry did was to react quickly. Right away it was clear that this downturn was going to be deep and long, so companies reacted quickly. Some people think that just spreads panic, and it is painful to see companies lay off staff. But the industry was not in denial, that's for sure.

The companies that fared best were in military and R&D this is where government spending and stimulus spending played a big role. Biomedical instruments have also done better than most. Some sectors were hit hard but have now come back more strongly.

For example, the semiconductor tool business is now recovering strongly after a two-year decline. Telecommunications is also coming back nicely.

JH: Larger companies such as Newport, Coherent and IPG Photonics have all posted positive and encouraging quarterly results. What has changed and can this trend continue?

TH: There are various explanations and you can choose whichever one you like or that fits the industry you are in: semiconductors are back; stimulus spending took a while to kick in; customers drew down inventories and now they have to be replenished; the global economy corrected and now it's on track again.

Another explanation is that it feels good when you stop hitting your head against a wall. If you think about it, the market had to hit bottom and after that, everything is up from there. The US GDP is ahead, but many companies are still below their sales before the recession. So it's good news, but the economy is still in a fragile position.

JH: Are the small-to-medium-sized companies that make up the bulk of the optics industry also experiencing this new level of optimism?

TH: Some companies, like Coherent and Newport, stand to do well because they are among the few trusted sources in the semiconductor tool industry and elsewhere, so they can ride the recovery.

Some big companies are highly exposed to a single sector, though. Examples are TRUMPF and Cymer in machine tools and semiconductor lithography, respectively. Cymer is riding the recovery in semiconductors, but it is not diversified. So being big does not mean that a company is any more or less exposed.

In fact, the optics industry is really a federation of many small product lines. Being big provides a minimal advantage to each product group, which has many of the same challenges whether it is in a big or a small company. Diversification can help the corporate numbers though.

JH: We hear the mantra "invest in R&D in a downturn" in situations like this. Have you seen any new products or technologies that stand out from the crowd?

Fiber lasers will do well in the recovery. Companies are retooling to use fiber lasers at the same time that there is a recovery. Growth there will be more dramatic than if the economy were normal.

Strategies Unlimited is excited about quantum cascade lasers for the mid-infrared. This is a much longer term development, over the next many years, but it's very exciting.

JH: How do you see things progressing in 2010? Do you think the worst is over, or is everything still finely balanced?

TH: The worst is over for now, but the economy is still in a delicate position. The mayhem in Europe with the Greece bailout is one reason to be concerned. The commercial real estate market in the US is another. Looking further down the road, there is the US government deficit, and so on.

With luck, the recovery will be steady but modest. An economy wide surge is not in the cards. There is too much debt – personal debt, national debt – and too much unemployment.

Jacqueline Hewett is a contributing editor to optics.org